This picture was taken about 3 weeks ago, at the top of an arse-kicker of a hill. I took it so I could show myself at a later date that I can do something once I set my mind to it. Running and my love-hate relationship with it, is proof that I will do something, even if it’s to prove other people wrong. 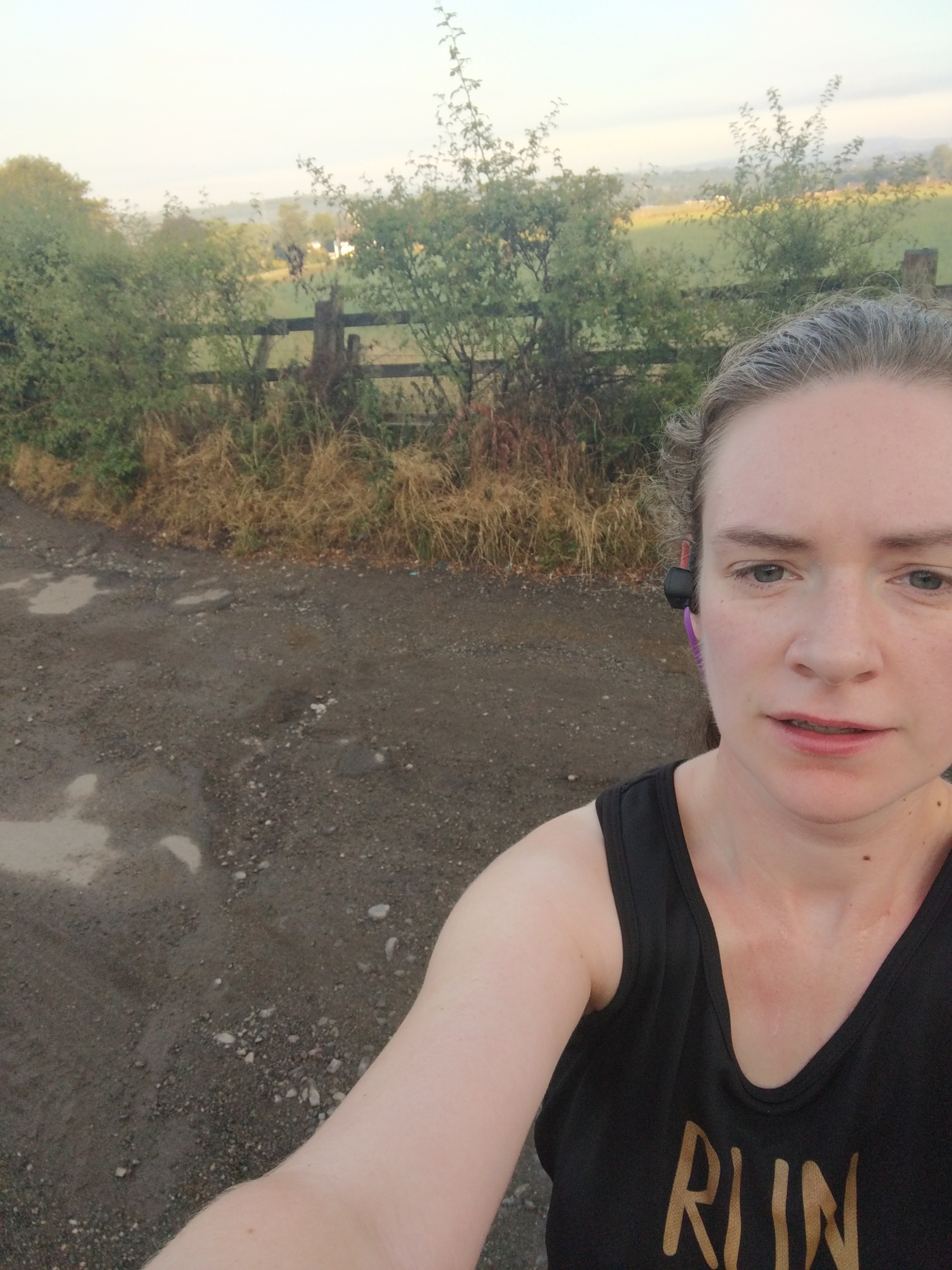 This time last year, I decided I needed to get back out there and start exercising. My son had just turned 1 and realising I could barely shuffle to the end of our very small street. I wanted to do something for myself and get some self-confidence back and running seemed a free, easy way to do it. How very, very wrong I was.

***PUBLIC SERVICE ANNOUNCEMENT*** Running is not free, if you want to take it seriously. In fact, it’s not free even if you’re just running for the heck of it. Trainers, tops, leggings, shorts, capris, bras, socks, headbands, hats, lights for winter, base layers not to mention the races, the virtual runs, running clubs, the smart GPS watches etc. It’s a financial nightmare but you know what? I love it and as far as I’m concerned, worth every penny I spend.

Okay, that is a slight exaggeration. I love running…..when I’ve finished running. My sister will testify that even just on a quick 5K lunch run, that one of the following will be uttered; I think I’m dying; my legs hurt; I may have a stitch and my personal favourite ‘I think we’re going a little fast.’ She sticks with me though, even if she does have the legs of a gazelle and the speed of a cheetah. She is the one that got me into this mess so it’s only fair she puts up with my whining about it.

It all came about because I’d had postnatal depression, I’ll cover that in another post, my sister knew this and as running and exercise had helped her a few years earlier, she passed on the wisdom. I began by going for long walks once my other half had got home and our son was in bed. I’d be out for an hour or so. I’d put a podcast on (reviews coming soon) and just go for it. One day, I decided to run a little, I already had gym gear on for these walks so I tried it. Oh my days, it hurt. I struggled to breathe, struggled to run further than a 100 metres but I did it. And I kept on doing it. Until one day, I’d run a mile. Without stopping, it was honestly one of the proudest moments of my life (other than giving birth) and I’ll never forget that euphoric feeling I had after it.

Sidenote: The NHS app Couch25K does an amazing job, really helped with the first 5 weeks for me. If you’re interested in running and have no idea where to start, get some headphones, download the app and get out there. You’ll do more walking than running in the first week or so but you’ll build it up gradually until you can run either 30 minutes or 5KM. Do not worry about times!

So, after I’d run that first mile without stopping, I realised I could do this. Running was enjoyable and for the first time in my life, I was good at it! I then found an amazing Facebook group, again thanks sis and the rest as they say is history.

I’ve since done a couple of virtual 5K runs (you sign up online, pay a fee and once you’ve done a 5K run you upload the evidence to the site and you get a medal! It’s ace!), the Manchester 10K and I have two more 10K’s; Bury and Salford and the Manchester Half in October to do this year. I have somehow talked myself into doing 4 races in 4 days in about 5 years but I’ll think about that nearer the time!

Running has really helped my mental health and wellbeing. It gives me time to escape, to reflect on the day that’s passed or the day to come, if I’m running early morning. It has been invaluable in that regard and I don’t think I’ll ever stop advocating exercise as a way to keep mental wellbeing in check. Also, running so you can have a lovely glass of gin and lemon at the end of a rubbish day is a good way to keep me going.